Sri Lanka Is Blessed With A Number Of Tourist Sports And Natural Beauties .Srilanka Is A Place With  Endless Sun Kissed Beaches, Beautiful Historic Ruins And National Beauties.

Arrive in Sri Lanka. You will be met by representatives and transferred to SIGIRIYA. (Travel time approx: 4.5 hrs)

*Dambulla Cave Temple - Dambulla cave is a vast isolated rock mass 500 feet high and a mile around the base. Here is found the famous Rock Temple dating to the First Century B.C. The caves of Dambulla sheltered King Walagamba during his 14 years of exile from Anuradhapura. When he regained the throne he built the most magnificent of Rock Temples to be found in the Island. In the first Cave is a recumbent image of the Buddha 47ft long cut out of the Rock. There are images of deities associated with Buddhism all around. The frescoes on the walls and the ceiling are the oldest here but they are over painted in the Kandy period. In the Second Cave, the finest and the largest of all, there are 150 life-size statues of the Buddha in various postures with few statues of Gods and Kings. The ceiling is also covered with frescoes, which depict great events in the life of the Buddha and landmarks in the history of the Sinhalese people.

*Sigiriya - Thought to be one of the oldest tourist attractions in the world, and declared a UNESCO World Heritage Site in 1982, Sigiriya offers its visitors nothing less than a breathtaking experience. Standing more than 200m tall over the surrounding plains, the rock is said to be a solidified magma plug, from a long eroded and extinct volcano. On its summit are the remains of a palace, built (by King Kasyapa) in the 5th century AD. Hidden in a cave along the citadel are some of the most magnificent ancient frescoes in South Asia. Seen today are, whats said to be left of the 500 paintings of maidens that once covered a large area of the face of the rock. The Mirror wall that leads up to the Lion staircase, its brick masonry wall built of Lime plaster was said to have been so well polished, that it reflected the paintings of the opposite rock wall. Today, 15 centuries later the shine on this wall can still be seen. A total of nearly 1500 writings on the wall, include verses that date way back as far as the 8th century, most of which have now been deciphered

Overnight stay at the Hotel, Sigiriya.

After breakfast proceed to Kandy.

Overnight stay at the Hotel, Kandy.

Breakfast at the Hotel.

Proceed to *Kandy Visit *Temple of the Sacred Tooth Relic - ever since 4th Century A.D, when the Buddha's Tooth was brought to Sri Lanka hidden from sacrilegious hands in an Orissan princess' hair, the Relic has grown in repute and holiness in Sri Lanka and throughout the Buddhist world. It is considered Sri Lanka's most prized possession. *Gem Gallery visit The world's best gems are available in Sri Lanka such as Blue and Yellow Sapphire, Star Ruby and Star Sapphire, Chrysoberyl Cat's Eye, Alexandrite, Topaz, Amethyst, Quartz, Garnet, Aquamarine, Moonstone, Tourmaline When comparing with other countries you will be lucky to buy pure and valuable gems at Sri Lanka for a competitive price. You can get the education about gems, making jewelries and other requests with them. You can buy gold, white gold and silver jewelry at your choice. You can even get them Tailor Made as per your preference. *Evening witness the Cultural Dance Show featuring various dancing types of Sri Lanka

Overnight stay at the Hotel, Kandy.

After breakfast proceed to Nuwara Eliya.

En route visit Ramboda Hanumanji Temple, Tea Plantation & Ramboda Falls Continue to Nuwara Eliya & enjoy the scenic beauty of hill country *Nuwara Eliya - The 'Little England' of Sri Lanka, is set against beautiful backdrops of Mountains, Valleys, Waterfalls and Tea Plantations. It is supposed to be one of the coolest places in the Island, but it is really just like an English spring day, although the temperature does drop at night. All around Nuwara Eliya you will see evidence of the British influence, houses like country cottages or Queen Ann style mansions. The Victoria Park, in the middle of the town, is a lovely place for a stroll or a picnic and is also good for Birding as you get some rare birds in this Park. Seasons may be absent elsewhere in Sri Lanka, but here you can read them by the flowers, which bloom in the spring (March to May) and the fall (August and September). These are the "seasons" when low-country folk flock to Nuwara Eliya to escape the sea level heat and humidity. *Seetha Amman Temple & Asoka Vatika visit in the evening

After breakfast proceed to Yala.

*Yala National Park A dream destination for all wildlife enthusiasts; be it its leopard cubs seeking refuge on a tree, or an adult leopard quenching its thirst at a water hole, the leopard sightings in this nature reserve are many and varied. This park boasts of the highest concentration of leopard in the world. Located on the coast in the South East of the country, set in a stunning landscape of rocky outcrops and beautiful beaches, beside its abundance of wildlife, fauna and flora, it is also home to elephants, sloth bear, sambar deer, wild boar and jackals, a few of the 32 species of mammals found in the park. The reserve is also a bird watchers paradise, where the elusive Blue faced Malkoha, the rare Sirkeer Malkoha or the endangered Black-necked stork could be seen.

Overnight stay at the Hotel, Yala.

After breakfast proceed to Kalutara.

Overnight stay at the Hotel, Kalutara.

After breakfast proceed to Bentota.

Commence a city tour & sightseeing at Bentota - *Maadu River Ride / Kosgoda Turtle Hatchery / Bentota Water Sports (Jet Ski, Banana Ride & Tube Ride) Bentota lies at the finishing end of the "Golden Mile" which is an hour's drive from Colombo. Famous for its prime beaches Bentota is today one of Sri Lanka's most sought after tourist destinations. The town of Bentota actually, sits on an estuary, where the river and the sea meet. This makes the area quite famous for water sports like windsurfing, scuba diving & snorkeling.

Overnight stay at the Hotel, Kalutara.

After breakfast proceed to Colombo.

Overnight stay at the Hotel, Colombo.

Breakfast at the Hotel.

Proceed to Colombo for City & Shopping Tour *Colombo - a drive through the city taking you to the busy commercial areas as well as the tree-lined residential, Cinnamon Gardens. Visit Fort, the former British administrative center and military garrison, Sea Street - the Goldsmith's quarters in the heart of Pettah, the Bazaar area, where is also a Hindu Temple with elaborate stone carvings, and the Dutch Church of Wolfendhal dating back to 1749. Also visit the BMICH, see the replica of Avukana Buddha & the Independence Square. *Shopping in Colombo.......visit *ODEL Unlimited provides ample opportunity indulge, not only in shopping for designer wear apparel for the whole family, but also take taste buds on a voyage of discovery.

Overnight stay at the Hotel, Colombo.

After breakfast check out and proceed to Airport for your departure flight accordingly. Have a safe flight!!!

General - Sri Lanka is a trophical country, hence light weighted clothing is recommended other than for speciific regions

Places of Worship - As a mark of respect, both gender should cover shoulders and knees when entering a place of worship in Sri Lanka. No sleeveless and shorts are allowed. You are also required to remove shoes and caps/hats 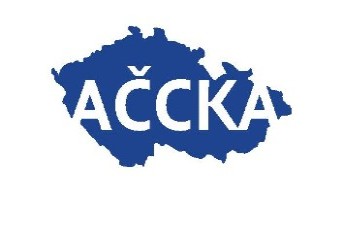 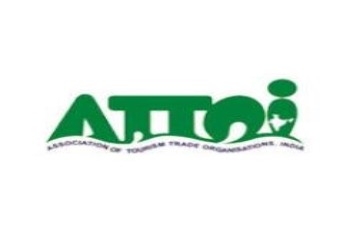 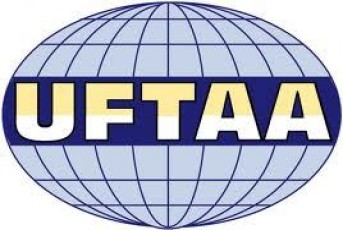 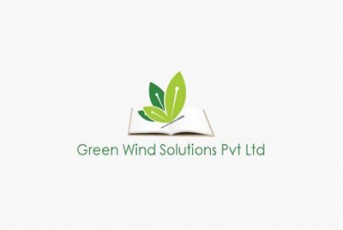 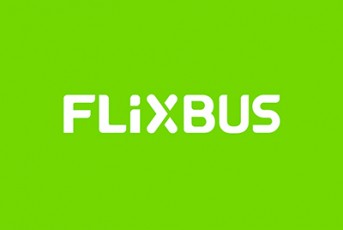 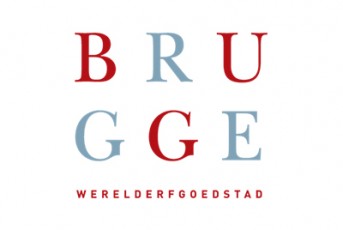 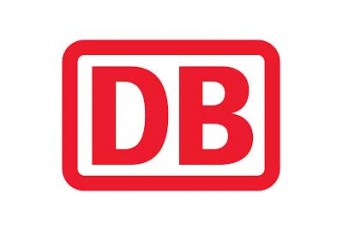 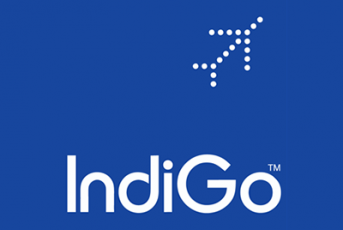 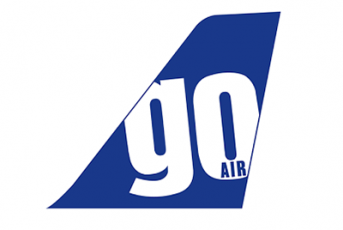 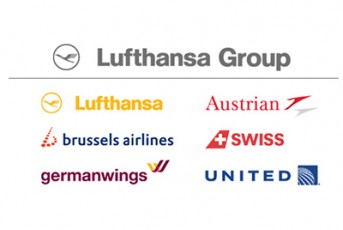 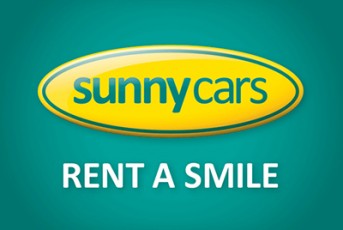 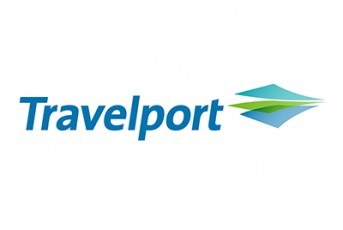 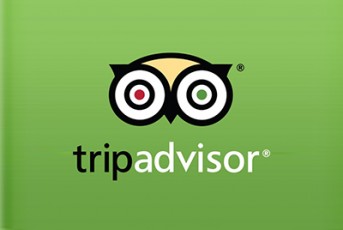 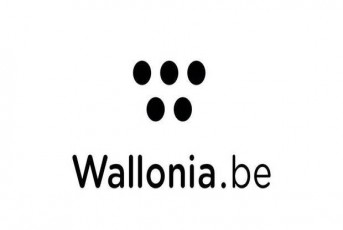 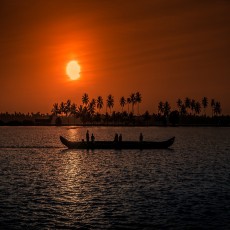 Kerala – God’s own Country,  a state on the Malabar Coast in southern India is probably one of the most popular Indian tourist destinations. It has been popular among tourists - couples, families & backpackers alike for the longest time - perhaps because geographically it is the complete travel package - It has everything from serene beaches to scenic hills, from tea & spice plantations to dense forests & calm backwaters. Apart from scenic beauty, it is popular for Ayurvedic treatments, classical dances - Kathakali & Mohiniattam, Kalaripayattu & of course, it’s delicious cuisine.

Continue reading
What is Lorem Ipsum? 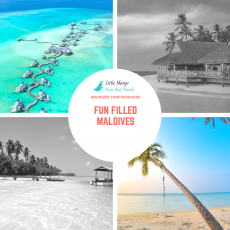 Lorem Ipsum is simply dummy text of the printing and typesetting industry. Lorem Ipsum has been the industry's standard dummy text ever since the 1500s, when an unknown printer took a galley of type and scrambled it to make a type specimen book. It has survived not only five centuries